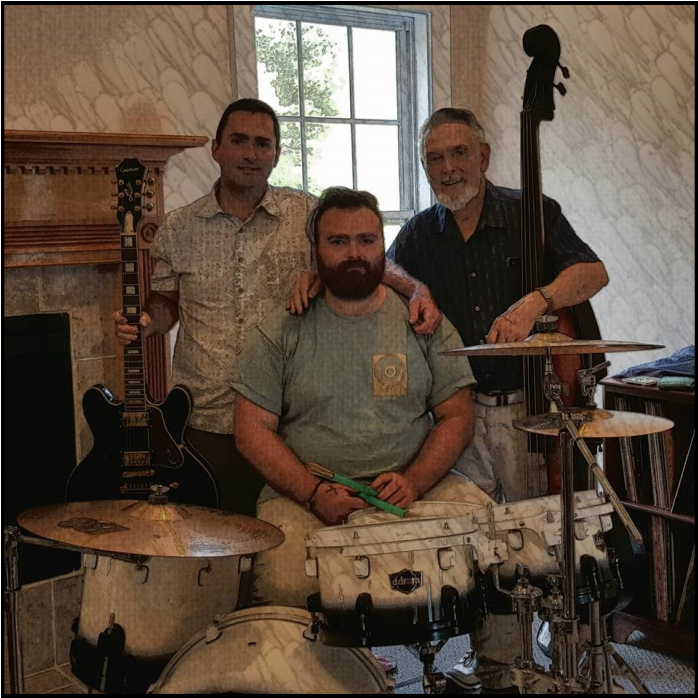 Proverbs 22:6 tells us to, “Train up a child in the way that he should go, and when he is old he will not depart from it.” Reading that admonishment prompted some fond remembrances I wanted to share with you.

I was the 5th of 6 children – ten years younger than my nearest brother. Some of you may remember my brother, Bill. He played bass while I played tuba in the 30’s band for several years. You’d think that all that age difference would prevent us from being close. After all, Bill got his first car when I was in first grade! Fortunately, he found a way for us to communicate as equals. You see, Bill played bass in the Gadsden High School big band, The Kingsmen (Sonny Harris was the drummer). They rehearsed every Thursday night, and Bill began taking me along with him when I was only 5. For my 6th birthday gift, he gave me my first upright bass and began informally teaching me as our dad had taught him. Ten years later, I took his place in The Kingsmen and haven’t slowed down since. Bill literally “trained up” this child.

My High School Band Director, Dewey Countryman, was a fantastic trumpet player and arranger. Since I played tuba in the marching and concert bands, “Daddy Dewey” took time from his busy schedule to provide private brass lessons to supplement our regular band program, enabling me to qualify to play in the Alabama Allstate Band program every year, beginning in the 8th grade. Dewey also “trained up” this child.

Our High School Choral director, Edsel Hand, was a superb conductor and vocalist. His real strength, however, was in teaching Music Theory. Thanks to his efforts, I was able to take 3 years of theory with daily classes during my high school years. In fact, I was able to go directly into 3rd year Music Theory in college because of this advantage. Ed Hand was another important person who helped “train up” this child.

When I attended my first Auburn Knights reunion in 1968, I met a group of musicians who had been in the band in its early years. Their passion for the band and its music made a lasting impression on me and greatly enhanced my desire to become a part of this organization. Sadly, most of them are no longer with us but players like Billy Hill, Charlie Higgins, Doc Moseley, Jack Dimmerling, Ed Wadsworth, Vic Atkins, Bob Darling and many others showed us younger cats not only what the AKAA was but also what it could become. These mentors “trained up” you, this child, and many others.

Now, for the reason for this epistle:

WE are today’s mentors! There are literally hundreds of former Knights out there, some of whom attend the reunions faithfully. Unfortunately, many don’t. Why? Maybe they see us as a closed society, relating easily to our familiar brethren but paying little attention to those who attend for the first time or not at all. It is my conviction that we, as active AKAA members, should seek to “train up” these “children” so that they can share the in the joy that we experience as Auburn Knights Alumni. I challenge you to find one or more of these “lost children” and bring him/her to this year’s reunion. Do all in your power to “train them up” in the way that they should go. If we include them in our activities, they will become the leaders of our organization in years to come.

I’m now stepping off my soapbox but please consider these thoughts.

Until next time, Long Live The Knights!