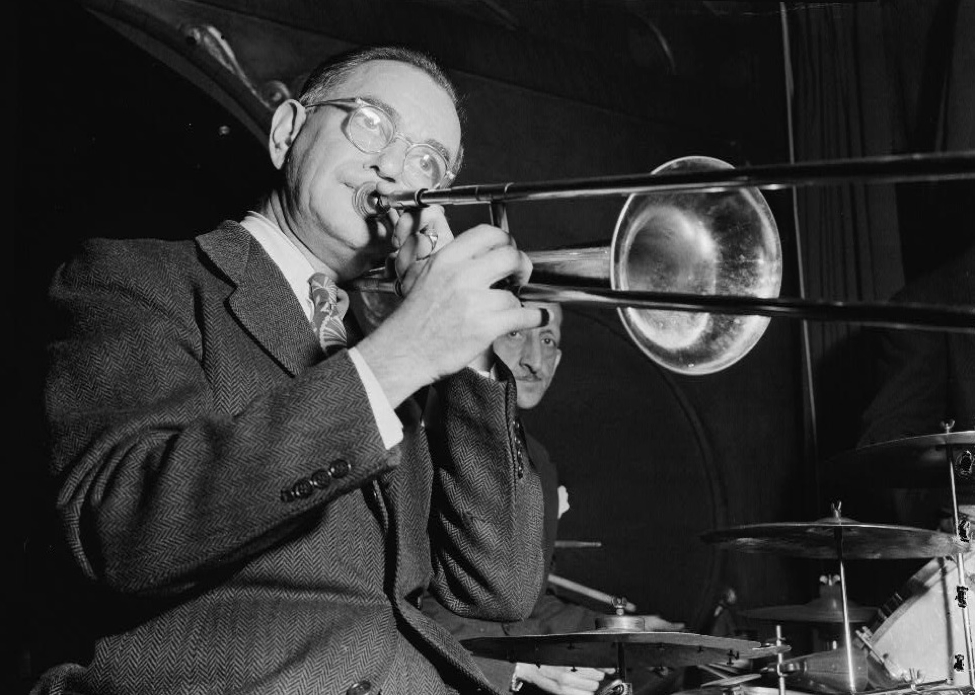 Lately, two musicians from different eras have caught my ear: pianist Chick Corea and trombonist Miff Mole. Though they use vastly different harmonic languages—Miff never ventured past 1920’s harmony, and Chick ventures everywhere there is to go—they appeal to me for the same elemental reason: surprise.

Both musicians show technical mastery over their instruments and the jazz language of their day. Both play with discipline and clarity. And both make inventive, jaw-dropping choices, as they spin melodies over chords. Consider Miff Mole’s classic, “Slippin’ Around”, from 1927. Mole builds a jaunty, charming melody out of leaps and twists few trombonists could execute, much less invent. He pushed the limits of the rules of counterpoint, using one of the few technical advantages the trombone has over other wind instruments: verticality. He could make great leaps of fifths and sixths and octaves with barely a nod to chromaticism in between. It’s breathtaking 90 years later; I can only imagine how it sounded, warbling out of gramophones to listeners still absorbing Stephen Foster.

In 1968, Chick Corea released “Now He Sings, Now He Sobs”, which featured a now-classic blues solo called “Matrix”. By ‘68, John Coltrane was dead, Miles Davis was turning to electric music, and acoustic piano trios were practically an artifact. But Chick’s brilliance on “Matrix” proved that the old bottle still had plenty of new hooch. Somehow, despite his day gig, playing bossas with Stan Getz, Chick had absorbed all the edgy developments of the 50’s and ‘60s and distilled them into a new, propulsive voice. Like Miff Mole, he made his revolution charming, humorous, playful, despite jarring clusters and angular side-steps away from the chords that had always underpinned the blues.

Two masters from different eras, both brilliant, both surprising. I can’t get enough.