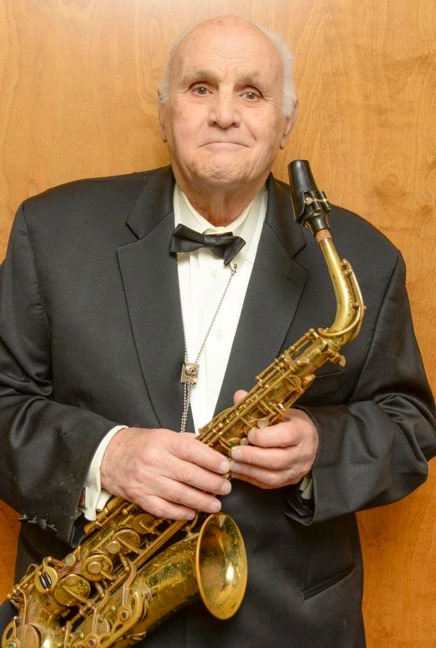 Growing up in Decatur, GA, Graham attended The Juilliard School of Music in New York City prior to World War II, then served in the United States Army band during the war. After his wartime service, he attended the Alabama Polytechnic Institute, now Auburn University, where he majored in music and became a member of the Auburn Knights Orchestra, the renowned college dance band that had been on hiatus due to the war. Undoubtedly, Graham and the other post-war Knights played a significant and seminal role in the history of the band. Without them, the Auburn Knights Orchestra would likely have become a casualty of war.

While Graham enjoyed a successful career in the men’s clothing industry after graduating from Auburn, big band jazz remained in his blood. In 1960, he became the lead Alto Sax player in the newly organized Atlanta 17 Orchestra in which he played for 56 years before retiring in 2016 due to health issues.

Graham is survived by his beloved wife, Rita Willis Thomas, and his large family of children, step-children, grandchildren, and great-grandchildren. He will be missed.

Billy graduated from Gadsden High School in 1953, then attended Auburn University where he earned a BS in Music Education. After graduation, he became a band director and began an impressive education career that included teaching stints in Newfoundland and Germany. In Germany, he hosted Armed Services TV’s Uncle Billy Show. Billy later taught in several Georgia schools before finishing his teaching career at Murray Junior High/Gladden Middle School where he taught for 13 years until retiring in 1990. After that, he began crafting wire jewelry and attending craft shows throughout the Southeast with his wife. Billy was also a military veteran.

Billy loved to entertain and for several years performed magic shows at schools and malls. In recent years, he wrote a series of short stories called “Ramblin’ with Uncle Billy” which were published in Georgia’s Calhoun Times.

Billy is survived by the love of his life, Sandra Ray Davis, to whom he was married for 39 years. He will be interred in the Georgia National Cemetery in Canton, GA, with full military hon-ors. In lieu of flowers, the family requests contributions be made to the Auburn Knights Scholarship Fund, c/o Wade Johnson, 995 Richland Circle, Auburn, AL 36832.