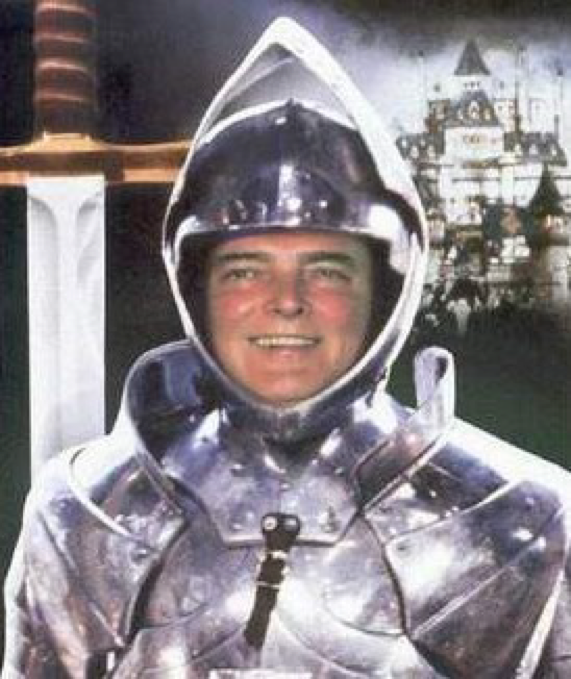 Have you ever had a tune just play in your head for no apparent reason? It’s irritating, isn’t it! There may be, however, a valid reason for this strange occurrence. Think about those melodies that bug you so much; chances are they’re all expressive forms of your personal memory.

For example, in my younger years I constantly heard the old song “Open the Door, Richard” in my subconscious. Why? My older siblings kidded me by telling me that that’s where they got my name! After all, the song and I were both birthed in 1947!

As life went on, “Open the Door” was replaced by “Just as I Am” since it seemed every worship service at our small community’s Baptist church closed with that song—all 47 verses!

Piano lessons prompted the emergence of “After the Ball” to claim precedence in my personal playlist. That’s what many hours of practice will do.

My first paying gig at age 14 was playing tuba and bongos with an accordion player. “Beer Barrel Polka” found a place in my brain for quite a while.

Our Gadsden High School Band’s theme song was “Tiger Rag” and I still hear it sometimes without warning.

During my high school years, Steve Means organized an 8-piece horn band, “The Minutemen” to play for local functions. I remember making $15.00 in one night—our high point! When my mind treats me to a repeat performance of “Blue Moon,” “The Hucklebuck” or “Twist and Shout,” I fondly remember those days and those friendships.

Ahh! Remember the Senior Prom? How you stumbled around pretending you knew how to dance, while badly humming or maybe even singing in your date’s ear while all the time smelling the heady fragrance of the her corsage that set you back three week’s allowance. I subconsciously replay “Earth Angel”, “California Dreaming” or “I Wanna Hold Your Hand” and it all comes back to me to relive yet again.

Then came college and my introduction to the Auburn Knights Orchestra. From 1968 on, I’ve been a regular at the reunions and have formed many valuable mental playlists from the wonderful experiences had at these glorious affairs. To name all the tunes that stand out in my memory would take the next few newsletters—I wouldn’t want to bore you with that! Suffice it to say, tunes from many era band performances have found a permanent place in my heart and mind.

At one of our earlier reunions, premier saxophonist Rick Bell brought his teenage daughter, Cathy, who naturally played sax like her dad. I was privileged to play bass with the sit-in band that afternoon when we learned Cathy not only played like her dad, but she also sang like her mom! Her “Pennies from Heaven” wowed everyone there! While I’ve played and heard that arrangement hundreds of times since, I often hear young Cathy Bell’s performance from so long ago. By the way, Cathy (now Cathy Altonji} will reprise her “Pennies” performance this year with the 30’s/40’s Tribute Band. You won’t want to miss it!

The point of all this is to persuade you to listen to your mental playlist and fondly revisit your memories! Yes, most of the high points of your whole life are available to figuratively relive through the magic of your fantastic musical memory. Give it a try – you’ll be glad you did!

A great way to create new memories and mental playlists is to make sure you attend this year’s Auburn Knights Reunion. We look forward to seeing you there!